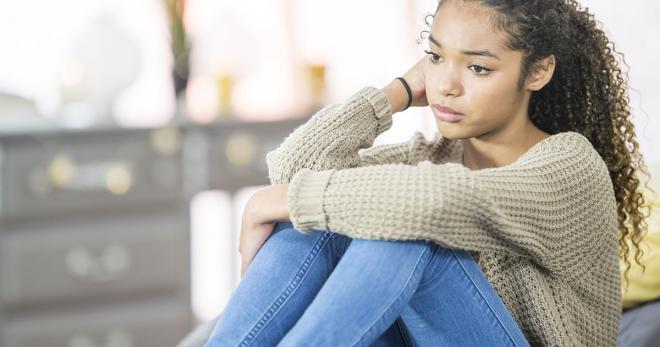 Attention Deficit Hyperactivity Disorder (ADHD) has been recognized more frequently in boys than girls, and is diagnosed 2 to 9 times more frequently in boys than girls. The CDC reports that boys between the ages of 4 and 17 were more than two times as likely to have been diagnosed with ADHD as girls (13.3% compared with 5.6%). However, in adulthood, the number of men and women with ADHD is much more similar (5.4% for males compared with 3.2% for females). Studies suggest that females may be nearly as likely to have ADHD as males, but because their symptoms may look different, they are being diagnosed later or not diagnosed at all.

Why are girls with ADHD possibly underdiagnosed?

There may be many reasons for this. For one, there are no lab tests for diagnosing ADHD, regardless of the child being a boy or girl. Most diagnoses are made based on gathering information regarding the child’s functioning and behavior from parents and teachers, an overall medical evaluation to rule out other problems, and checklists that gather behavioral information about the child.

Also, the symptoms of ADHD are often different in girls than in boys, with boys’ symptoms appearing more obvious, which may be causing teachers and parents to overlook the signs in girls. For example, girls are more likely to show inattentiveness (not paying attention) compared with boys. Inattention may be harder to notice and less likely to be recognized by teachers because it tends to be less disruptive in the classroom.

Boys, on the other hand, are more likely to show hyperactivity (having trouble focusing and sitting still) and impulsivity (taking action without thinking), which may be more outwardly noticeable.

In addition, girls may learn to compensate for their symptoms for a period of time. For example, they are often able to complete their schoolwork in spite of their ADHD. However, they may get distracted, it may take them longer to complete it, or they may make careless mistakes in the process.

The impact of underdiagnosis

Since girls may not be diagnosed as often as boys, they are less likely to receive treatment. This can lead to delays in learning and social development in children who are untreated. These in turn may lead to difficulty with schoolwork, as well as a wide range of social issues such as difficulty forming friendships and participating in social activities.

Interestingly, girls with untreated ADHD may be more likely to blame and judge themselves for these problems, leading to a higher risk for low self-esteem than boys who have ADHD. They may also be more likely to have problems with substance abuse, eating disorders, and anxiety.

Untreated ADHD in girls can lead to problems in adulthood, leading to:

Some examples of symptoms of hyperactivity include fidgetiness, talking excessively, and having difficulty waiting her or his turn.

Only a trained professional can diagnose and treat ADHD. However, if you think that your daughter may be affected by ADHD, there are several steps you can take to help your child. These include:

Noticing the signs of ADHD in girls is the first step toward getting help. Be sure to talk to a healthcare professional to get a diagnosis and appropriate treatment. Doing so can have a significant, positive impact on her life.

Donna Palumbo, PhD, is a Medical Director at Pfizer.

After reading this article, if you suspect your child has ADHD, how likely are you to speak with a healthcare professional about diagnosing or managing ADHD for your child?

Recognizing ADHD in Your Child

Infections & Infectious Diseases
How to Talk to Children About COVID-19: Reassuring Children During the Coronavirus Pandemic
read article

How to Talk to Children About COVID-19: Reassuring Children During the Coronavirus Pandemic

Getting Real on Pregnancy

After reading this article, if you suspect your child has ADHD, how likely are you to speak with a healthcare professional about diagnosing or managing ADHD for your child?